As Miss Beelzebub Likes (Beelzebub-jou no Okinimesu) is a comedy manga by matoba. The manga is about the everyday life of one of the rulers of Hell. Recently it was announced that the manga will get an anime adaptation. Well, additional details will follow at a later date.

Square Enix’s Monthly Shonen Gangan magazine is currently carrying the manga series. The series was available since July 2015. The latest volume will release on December 22.

Beelzebub–the formidable right hand of Satan–commands fear and respect throughout Pandemonium. What her underlings don’t realize, though, is that she’s an airhead with a love for all that is fluffy and adorable! The only thing she might enjoy more is teasing her new attendant, Mullin, who is learning that serving Beelzebub is both heaven and hell… 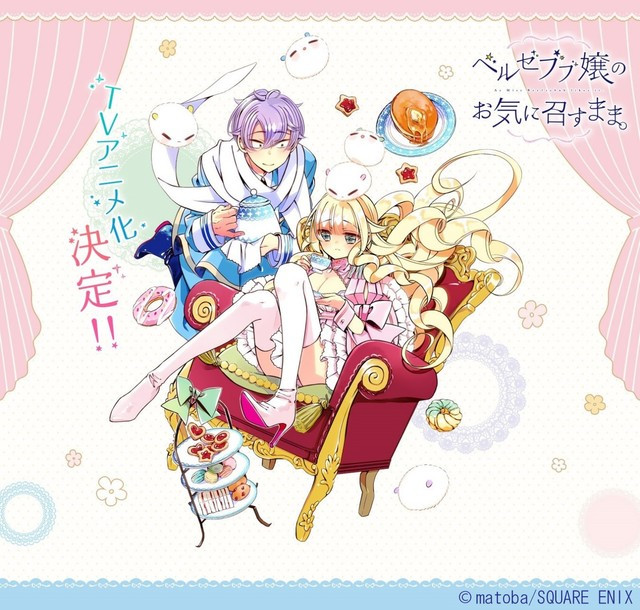 This manga falls under the genre of comedy, fantasy and shounen. Which can be a nice combination if the comedy is good. Also, if the fanservice would be restrained to decent levels this anime would pull in a lot of viewers. The art is cute and beautiful. The character design is great too. We can expect this anime to be a fun watch. Fans of this type of anime would certainly be glad to check this anime out.

Character development, plot are some aspects this anime might certainly be weak on. We will have to actually wait to check out how good this anime will turn out to be. Some viewers would love to watch this for the cute characters and the fluffy things that would be featured in the anime. I will give this anime a try and probably stick with it if the comedy is good.