What are some anime similar to Kiss x Sis? This is a question I have seen so many times being asked, being a fan of the series. I have decided to compile today for you a list of Top 20 anime I think are definitely similar to Kiss x Sis, some of them might be to your liking, while some of them may not. Although, if you liked watching Kiss x Sis, then I bet you will love at least one of the picks from our list. For more anime content you can follow us on Instagram.

This list will be ranked based on similarity, and not on individual scores of the series itself.

Golden Boy is a great anime to watch, however, we placed it lower on the list because it is not really that similar to Kiss x Sis. The anime follows the story of a 25- year old Kintaro as he quits college and decides to learn what life will teach. The anime has a lot of perverted and humorous scenes so we believe it deserves the number 15 on this list.

The animation of this anime is good considering the year it aired, the overall story is okay, and there are a lot of ecchi scenes, which are what you are looking for I assume. The similarity between this and Kiss x Sis is that there are two girls who are in love with the main character. Even though the anime ends up going in the path of Harem.

Oniichan dakedo Ai sae Areba Kankeinai yo ne is definitely much more similar to Kiss x Sis than the last three. The story focuses on incest love and harem. Even though in Kiss x Sis the story mostly revolved around the sisters, here there are other girls as well, while the sister of the main character is obsessed with him. The anime features comedy and a lot of fan services

Also known as Oreimo, it is one of the more popular incest anime, even though it does not have fanservice as much as Kiss x Sis does, it definitely has incest elements that are worth putting it on this list. Aside from that, there are other great and likable characters alongside comedy.

The birth rates are very low in Japan. To battle this problem, the government has issued a new system for marriages.  Young adults at the age of 16 are assigned marriage partners by the government. Yukari Nejim is an average teen that has fallen in love with his classmate. He defies the system and confesses his love for Misaki Takasaki. However, everything becomes much more complicated when Yukari receives an order from the government. He is assigned with a marriage partner Ririna Sanada. Yukari soon ends up in huge love problems as lies and deception become his daily routine. If you like Romance complications then you will love this anime similar to Kiss x Sis.

Our 10th place for anime similar to Kiss x Sis goes to Kono Naka ni Hitori, Imouto ga Iru! The anime revolves around Shougo, a boy that lost his father recently. In his father will, his father left him a fortune, however, Shougu has to get married soon. He also lost his memory so he can’t remember anything from his childhood. The anime revolves around him trying to marry a girl and one of them possibly being his sister.

To LOVE-Ru draws its similarities towards Kiss x Sis with its elements of the harem, ecchi, and fanservice genre.  One day the main character encounters an escaped alien princess. The setting of the anime is quite similar to High School DxD. 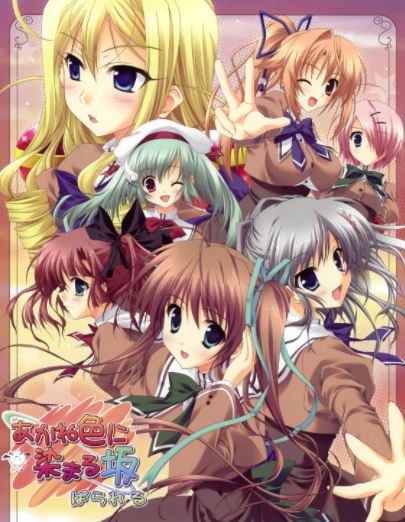 This anime starts like a normal romance anime but since it is on the list, something goes horribly wrong along the way. The main plot focuses on Juunichi and Yuuhi. One day Yuuhi was being harrased when our protagonist Juunichi saved her and it turns out he is her fiance?? Well she deems him unworthy and to prove his incompetence she starts to live with him and his sister. Yes, his sister. You already know where this is going.

Well lets just say one thing. If you are looking for normal romantic comedy, then this isnt it chief. However you will find a good amount of incest in here. The protagonist of the anime is Saitou Fuuka. When she was young, she made a promise that she will marry her brother. Now that puberty has hit her with HUGE gifts, she wants to follow through that promise. Cyclops appears in the name as her hairstyle only allows one eye to be seen. Trust me this is all you need for a good incest comedy.

The main character Kouta is being chased around by spirit animals that are for some reason sexually attracted to him. The fox and the wolf spirit along with some other Youkai try to win him over in the anime.

The story revolves around Hayato and Akana, both decide to run for student council, however, Hayato loses to Akana,  later on, she moves in with him. They decided then that their parents know each other, and made a secret agreement that their children will have to marry. They decide to marry, but keep it a secret and keep on the student life.

Natsuo Fujii loves his teacher Hina, however, he can not confess to her. To forget about this he goes on a mixer. There he meets Rui Tachibana with whom he later has sex. Natsuo thought everything would go smoothly but then his father remarried. Therefore, Hina (his teacher) and Rui became his stepsisters.  And so, Natsu now ends up in a love triangle.  The stepsister elements really make this anime similar to Kiss x Sis.

Hanabi Yasuraoka and Mugi Awaya seem like the perfect couple on the surface. However, in reality, they both love someone else. They both love someone who they can never be with, and that secret binds them together. Throughout the series we see Hanabi and Mugi struggling with their feelings towards their loved ones and themselves. If you like dramatic romance anime similar to Kiss x Sis  then this is the perfect pick for you.

Another anime similar to Kiss x Sis is definitely Aki-Sora. The story of the anime revolves around Aki, the main character who loves his sister Sora. Upon entering high school he realized that he is greatly in love with her. Things get complicated when Sora’s twin sister Nami attempts to get her best friend hooked up with Aki

01. Yosuga no Sora: In Solitude, Where We Are Least Alone.

The first place of anime similar to Kiss x Sis definitely goes to Yosuga no Sora: In Solitude, Where We Are Least Alone. The anime revolves around Haruka and Sora Kasaguno, they lost their parents in a car crash. After the incident, they visit their grandfather in the countryside and decide to live with him. After their parent’s death their lives change, but so does their relationship. This anime has a good story and is quite worth watching.

Welcome to the Top 100+ Hot Anime Guys list! Prepare yourself for the road full of handsome, unique, and breath-taking male characters. From younger to a little older. Good boys and bad boys. From immortal to human. They are all different in their way. But, they have one thing in common. They truly will make your heart skip a beat! END_OF_DOCUMENT_TOKEN_TO_BE_REPLACED

If you love God of Highschool, then I’m sure you END_OF_DOCUMENT_TOKEN_TO_BE_REPLACED

As a fan of anime, manga, and webtoons, probably such END_OF_DOCUMENT_TOKEN_TO_BE_REPLACED

Japanese animated shows or the anime are earning more and END_OF_DOCUMENT_TOKEN_TO_BE_REPLACED

Have you ever wondered which character you would be if END_OF_DOCUMENT_TOKEN_TO_BE_REPLACED

When we say similar, we simply mean similar because well END_OF_DOCUMENT_TOKEN_TO_BE_REPLACED

Do you claim to know your Webtoons? Have you been END_OF_DOCUMENT_TOKEN_TO_BE_REPLACED

Need some dark anime to make your weekend just a END_OF_DOCUMENT_TOKEN_TO_BE_REPLACED

Are you a fan of Solo Leveling? If yes, have END_OF_DOCUMENT_TOKEN_TO_BE_REPLACED