After season 2 SAO there was a bit of silence. But now in 2018 sword art online is making a huge commotion again. We got sword art online fatal bullet coming out soon. There are rumors of season 3 coming out but there is no set date yet so it actually might be a case of delay. And then we also have Sword Art Online Gun Gale. It’s a spin-off from the original anime with new story and characters. And luckily for us, Sword Art Online Gun Gale new character designs are revealed after a lot of waiting.

Designs revealed feature the main character Llen with Fukaziroh, M, and Pitohui. The names are a bit weird and hard to remember.  For those unfamiliar with SAO. Gun gale was first shown in the second season of the original story. The spin-off focuses on gun gale and the main character under the alias of Llen. Karen Kohiruimaki is her real name, she is a tall college student which enters Gun Gale. There she meets Pithoui which convinces her to enter a tournament Squad Jam. 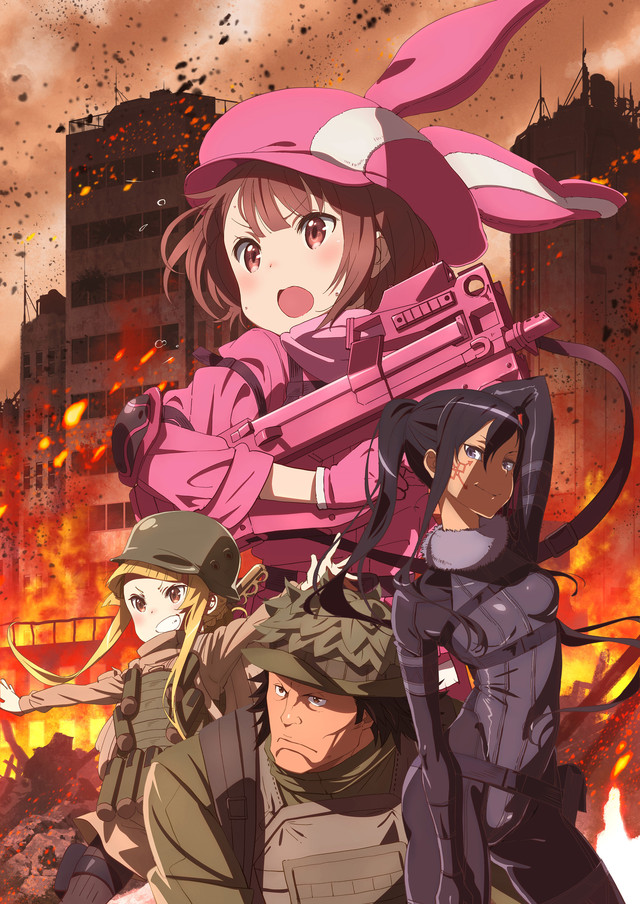 I am not a big fan of the series itself but I don’t hate it like many do. There is a lot of controversial topics behind SAO and I don’t really wanna get into them. However, about this spin-off, there is a high chance I might not end up watching it. And it’s not because of SAO. It is because I do not like watching spin-offs. But then again, when I look at the preview of it, it looks like it could be good. So I am actually considering giving the first few episodes ago.

Many people consider SAO disappointing, and from one aspect so do I. I was actually furious at what they did. But then I saw that there is more to it than what was shown in first 2 seasons. And I thought, why not give it a shot until the end. I decided to give the series a try to see it towards the end. Maybe my opinion will change, maybe not. Though I still believe it deserves a watching chance. That is if you don’t have anything else to watch.