Shuudengo, Capsule Hotel de, Joushi ni Binetsu Tsutawaru Yoru. is getting a TV anime! And now this will be the latest addition to the list of smut romance anime like Sweet Punishment available on Comic Festa Anime Zone website. The anime follows the story of an office worker and her boss who end up spending a night in the capsule hotel together in the same room. Earlier today the Publisher Suiseisha has made the official announcement that they will be producing the anime adaptation of the manga with the same title by Meg. Just as Sweet Punishment was, this series is also going to be air in the short anime format.

The English title for the series is quite long – The Night When Me and My Boss Spent the Night at the Capsule Hotel After the Last Train and He Passed His Fever to Me. This is something we have been seeing lately. You can check this Japanese website for a sneak peek at the art quality of the manga. I must say it is really good.

Screenshots from the Manga

The series is preparing for a premiere on 7th October on Tokyo MX at 1:00 a.m. which means it is effectively airing on 8th October. The “complete version” i.e. with “additional explicit scenes” included in the anime will only air on ComicFesta’s Anime Zone streaming service. So, be sure to check it out over there when it is available.

Comic Festa Anime Zone has recently brought out the adaptation of the adult smut manga ‘Joshiochi! A Girl Fell from the 2nd Floor’ as TV Anime Shorts which began premiering on July 1, 2018.

A subordinate and her superior alone inside a capsule hotel!?
One day Minoru gets drunk at a party after quarreling with her superior Hadano and misses the last train home. They head to a capsule hotel and because of some happenings, they stay together in one room!?
I should not be made conscious… at least she thought so… but as she is close enough that even a slight heat can be felt, it is impossible for her to stop her heart from beating fast because of the glimpse of his face…
The love of the two who cannot be straightforward to each other begins.

The series follows the story of Minori and her boss who always seem to be on bad terms with each other. This makes it a bit awkward for them to comfortably talk and communicate but surprisingly love blooms between them. One night, the office worker and the boss are forced to share the same room of a capsule hotel. Soon they find themselves attracted to each other. Furthermore, the male model Kei also confesses his love for Minori and so a love triangle begins. So, who finally will end up with Minori?

The voice cast will be different between the regular version and complete version for the series. The cast includes:

Taku Yashiro (regular version) and Yū Asagi (complete version) voice casting for Akihiko Hadano, Minori’s boss. He is a strict boss and is serious at work but properly appreciates his subordinates. Daisuke Hirose (regular version) and Kazuo Yano (complete version) voice casting for Kei Sugawara, a rookie model. He is a shy guy at the beginning but slows gains confidence by working under Minori. Hiromi Igarashi (regular version) and Hiyo Sakurano (complete version) voice casting for Minori Aizawa. She is currently working for a fashion design company under a year. Her frank and straightforward nature often result in clashes with her boss. Hideki Araki is serving as the director for the anime. while Arikura Arika is doing the scripts, Mizuki Aoba is taking care of designing the characters. 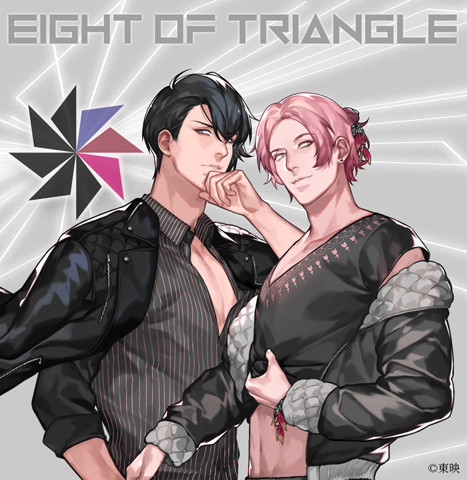 Screamo magazine has been serializing the manga since August 2017. The first volume was published on March 18th and the second volume of the manga, Shuudengo, Capsule Hotel de, Joushi ni Binetsu Tsutawaru Yoru. will release on the 18th of November.

Wow, I am sure a lot of fans of this series would be very happy with this news. If you look forward to this series do let us know in the comments section below. If you have watched the previous series of short animes of this genre kindly share what you have liked and disliked in the series.

Source: Moca News, ANN, MAL, Manga Tokyo and from the Official site for the anime: https://shucap.cf-anime.com/