Little Nightmares – Secrets of the Maw

A horror adventure game that will grab your attention for weeks!

I came across Little Nightmares in August 2017. Honestly, all I can remember is watching one video after another of random players who were going through the game. After a few days, I decided to buy Little Nightmares because I am an incorrigible collector (I have a personal library of over 500 hundred books). I really wanted to own this game and learn everything about it. And that is exactly what I did! So, innocent old me decided that more people need to obsess about this game just like I did (and still do!).

I tried to restrain from the spoilers as much as possible but I’m still mentioning some important parts of Little Nightmares so: 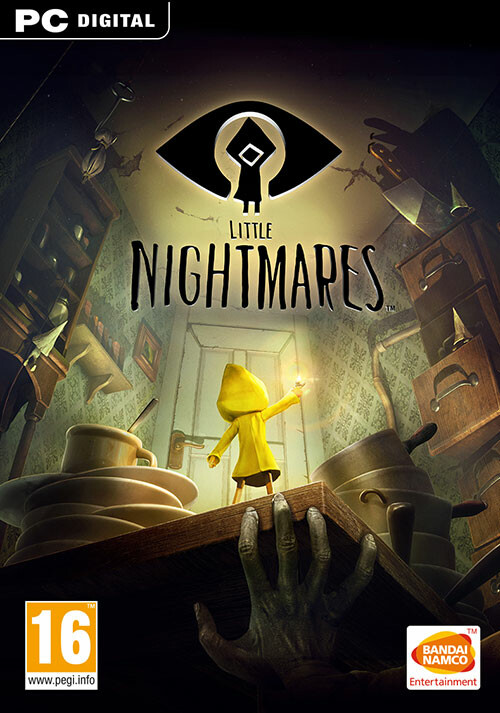 What is Little Nightmares?

At the beginning, I was lost. It’s dark, a small yellow apparition is laying in a brown dusty old suitcase, you can barely see the entire room, what is it? A basement? The attic? It is moving, maybe we are on a ship? After a lot of questions at the beginning, you notice the music – chilly, dark and creepy and you’re trying not to get nervous. And you make your first steps.

Before I say anything and explain what it’s all about, check this short video to get a small glimpse of a job well done when it comes to creating a game with a soul!

It is a horror adventure game developed by Tarsier Studios and published by Bandai Namco Entertainment. The game is available on Microsoft Windows, Playstation 4 and Xbox One, soon on other platforms.

Secrets of the Maw is the main story of Little Nightmares that revolves around Six, yellow hooded figure. And because of its popularity, the producers decided to create three more parts of the story with the Runaway Kid as the main protagonist. Those three parts are shorter and presented as the DLC (Downloadable content), side stories of the Maw – The Depths, The Hideaway and The Residence, the release will be on February 23rd.

Short Summary – Secrets of the Maw

The story revolves around a hungry little girl (though there is a possibility that we are talking about a boy) named Six dressed in a small yellow raincoat running around in The Maw – a ship filled with hideous fat human-like creatures who spend their days eating lots and lots of meat.

Six woke up in the lower depths of the Maw and throughout the entire game, we are trying to help her/him escape the ship, learning more about her surroundings along the way. As Six is exploring the Maw, long-armed blind Janitor and other interesting characters which we meet in the main story and the DLC parts are trying their best to capture Six. During the gameplay, Six experiences excruciating hunger which almost paralyzes her, but is later very beneficial for the plot. Other characters that Six meets are the grotesque Twin Chefs, Guests, The Nomes and the Lady which I will explain later.

We see the lowest parts of the Maw which is dirty, full of scary creatures and lots and lots of discarded little shoes, the same size that could fit other children like Six. As we progress along the storyline of the Little Nightmares, we eventually bring Six on the higher levels of the Maw where we see the guests – obese hungry people who do nothing but eat and sleep the entire trip.

Eventually, we set our eyes on the Lady, a figure so steady and elegant that it stands right out the moment you notice her. We get to see her lavish quarters – clean and everything in order, quite organized compared to the rest of the Maw. For the sake of the story, I shall not reveal the rest. Trust me, the rest is best to find out on your own.

Secrets of the Maw – Game screenshot 2

A mysterious little girl/boy in a yellow raincoat who is also the protagonist of the game and is trying to find her/his way out of the Maw just like the rest of the children. She is holding a small lighter throughout the entire game but funny enough, doesn’t wear any shoes. She looks rather skinny, judging by her legs which gives the impression that Six has been on the ship for quite some time. But, she is not weak because she wears some rather heavy objects during the game.

Wears a blue shirt, black pants, and no shoes. Even though Six uses a lighter, the Runaway Kid has a flashlight. Just like Six, he’s nameless and is, therefore, referred to as the Runaway Kid. We get to see him mostly in the DLC, The Depths and later on in The Hideaway.

Mushroom-like subjects whose faces are covered with grey hoods. They are quite friendly which is often their downfall, they have various roles in the Maw but the villains mostly treat them as vermin, just like rats. They look the same, so it is unknown if they are female or male. In order to befriend them, a player has to “hug” them.

Creepy little parasites that mostly stick together in the wet areas of the Maw. They try to suck blood out of whoever comes near them with their sucker mouths which they use for moving around. They also have two legs which they use for hanging upside down from the pipes, ceiling or other objects. In the main story, we get to see them devouring one of the children.

One of the main villains in the game, a long-armed creature in a uniform and a hat. The Janitor wears a human skin which is falling off his skull, making him partially blind. He mostly searches for the lost children, catches pests and creates dolls, but we still need to find that out. This villain mostly relies on his hearing and smell. Because of the strange sounds he makes, we can exclude that possibility of him being a human.

Second main villain which appears in the DLC called The Depths. As the name suggests, she looks like an old woman abandoned in the waters of the Depths. We never get a proper chance to see her completely because she rarely rises from the water. Only her head and arms are visible when she tries to capture her victims.

She mostly tries to kill the Runaway Kid, dragging him into the water and trying to drown him. Proof that she is not human, at least no longer, is the ability to breathe underwater. The Runaway Kid can distract her by throwing fish guts and other objects into the water. Overweight chefs whose skin is sagging just like the Janitors’. Their job is, like their profession states, to prepare the meal for the various guests at the Maw. They are also villains who are trying to chase Six. Their appearance is dirty, saggy, yellow-ish clothes and big dirty hats on their head. Just like the Granny and the Janitor, their skin too is falling off their head.

The reason why they are all wearing human skin is still unexplained. We get a better glimpse of this when one of the Chefs raises his skin in order to eat. The Chefs are preparing big chunks of meat for the guests which could be the children like Six and the Runaway Kid to stuff the fish with. It seems that they don’t choose what they will serve, as long as it is big and meat-like.

The Lady / The Geisha

The mastermind behind the entire story, the “boss” of the game who runs the Maw with her mysterious powers. The Lady is a graceful proprietress of the Maw, wears a kimono and a white mask throughout the game. She has the ability to morph into the shadows, making only her mask visible. There is a possible bond between the Lady and Six but we have yet to discover this.

Even though she is one of the bosses Six needs to beat or hide from, she is the only villain that actually looks like a human. An influence of Japanese culture is visible here because of her kimono and hairstyle, naming her The Geisha by other sources. The rest of the monsters are dirty, disfigured and ugly, but the Lady is beautiful, graceful, clean and calm. She eventually uses her guests as a meal for the next round of visitors, encouraging them to eat until their hearts give out.

I am a person who doesn’t like jump-scares because, well, you know why. And that’s why I really like this game, it is a horror in every sense but it is an intelligent horror. It creeps inside your mind, scaring you with all sorts of sounds, imagery, and the characters. One discovery after another as you advance without the need to use cheap tricks like jump-scares.

I love a good story and Little Nightmares is a well thought out story, a puzzle. As you play, you put the pieces together and after discovering one, you really want to find another and another! Then you reach the end and feel lost and hungry for more! Tech Reviews

And if you’re like me, you’ll want to own anything involved with this game. But if you’re really like me, you probably can’t afford all of it so resourcefulness can come in handy here. Bellow is a link to a papercraft of the characters if you want to use your time to live the obsession a bit longer. If you want to own the game, click the link below, all at your reach! A reader like me will go right for the third link and read some comics! If you liked reading this you might enjoy our Dragon Ball FighterZ review.

Click if you wish to buy the game – Buy Little Nightmares