The new manga GIGANT centres around a ‘boy meets girl’ story but progressively moves on to get more complex. 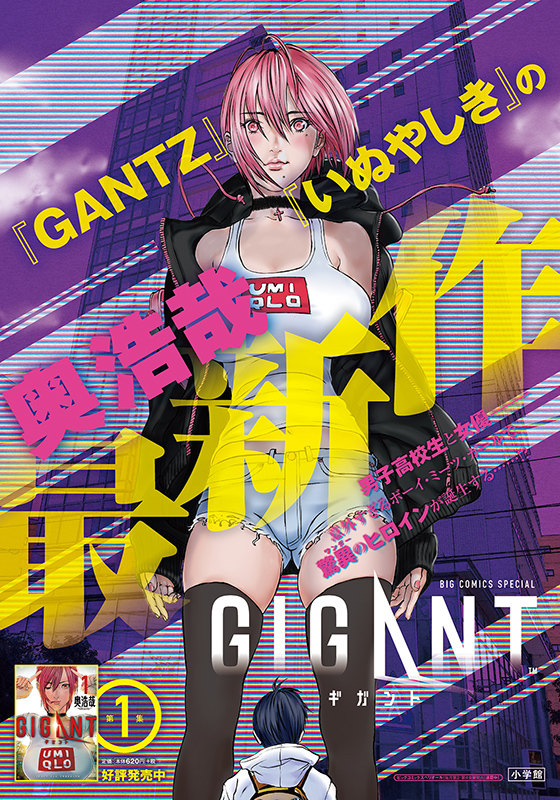 The magazine  Shogakukan’s ‘Big Comic Superior’ is serializing the new manga GIGANT. The manga is a mix of slice-of-life, realism themes with the use of the science-fiction theme that the mangaka is popularly known for.

TV Anime ‘How Not to Summon a Demon Lord’ Release Key Visuals, PV

Rei Yokoyamada is a 16-year-old high school student.  His father is a movie producer and he wishes to follow in his father’s footsteps. Consequently, he plans to submit a movie to a film festival. This falls apart when a classmate declines the role of the female lead offered to her. One evening as he wanders around the neighbourhood, he soon finds posters announcing that Papico lives in this area. Papico (real name ‘Chiho Johansson’) is a buxom Adult Video actress that Rei is a fan of. When he proceeds to tear down the posters, Papiko appears before him.

I must say the manga reminds me a lot of GANTZ. Since we already can guess that sci-fi is going to be a major theme of this manga the plot might not be so intriguing as it generally would have been. I really don’t want to see aliens again. I have read the first few chapters and the manga seems promising. Maybe I might pick it up for chapter wise reviews. The art style and feel are very similar to how the author general goes about doing it. I guess this is only natural. I pointed this out because the background art looks so similar I would have easily mistaken it for GANTZ.

Well, overall I am happy and excited about this manga and would definitely recommend you guys to check it out. Do share your views on this in the comments section below.